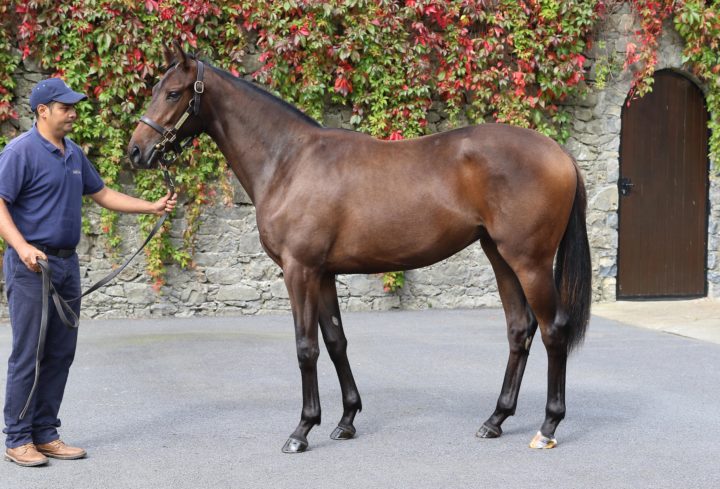 It has been a good summer for the pedigree of Marlhill House Stud’s No Nay Never (USA) filly out of Royal Blue Caravel (Ire) heading to Book 1 of the Tattersalls October Yearling Sale, catalogued as Lot 409.

The filly’s grandam Holly Blue (GB) was purchased by the stud in 2004 and has been a star producer ever since. Her daughter Scream Blue Murder (Ire) bred exciting two-year-old in training with Fozzy Stack, Ahandfulofsummers (Ire) who was second in the Group 3 Flame Of Tara Stakes at The Curragh in August.

Another update to the active pedigree came from Holly Blue’s two-year-old Holy Roman Emperor (Ire) filly Blue Cabochon (Ire) who was third in Listed company over five furlongs at The Curragh in August.

“We are delighted with the gorgeous No Nay Never (USA) filly out of Royal Blue Caravel (Ire) selling at Book 1 and she’s from a family we’ve had a lot of luck with. We bought her grandam Holly Blue (GB) from The Queen a number of years ago and she has bred two Group winners. One of her daughters Scream Blue Murder (Ire) bred Ahandfullofsummers (Ire) who was second in a Group 3 recently and her daughter Blue Cabochon (Ire) was third in a Listed race at the Curragh last month. So those are two timely updates for her pedigree.”