Marlhill House Stud was established in 1998 and has operated as a boutique breeding and consigning business ever since. 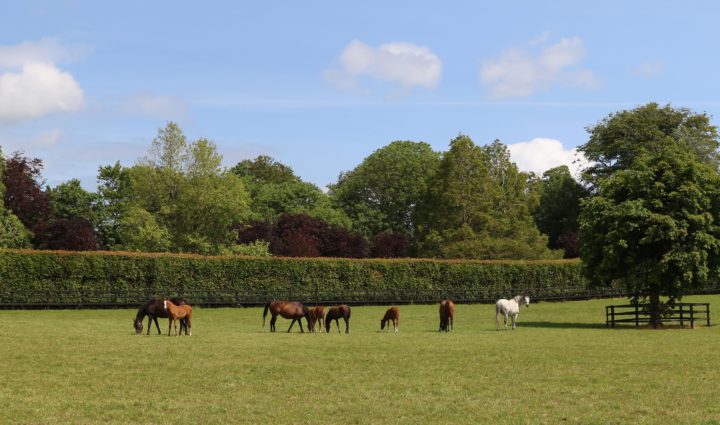 Owned by Eddie and Eimear Irwin, the Tipperary-based stud farm places an emphasis on quality over quantity and from a small number of mares they have achieved global success with their sales graduates over the past 20 years.

The stud is managed by Brian McConnon who has overseen the breeding and raising of multiple Stakes winners at Marlhill since 1998. Recent highlights include Stakes winners Fastnet Tempest and Sarrocchi, as well as, the 2017 Goffs Orby Sale-topper Old Glory.

Marlhill House has a rich sporting history that extends far beyond Thoroughbreds. In recent years it has been given the moniker “Home of Three Champions” in reference to the three leading sportspeople it has housed over the past century and a half – each of them unrelated but sharing an excellence in their respective fields.

Lena Rice was born at Marlhill House in 1866, learned to play tennis on the court that was originally in the front garden and went onto win the Wimbledon Ladies’ Singles Final in 1890 – the only Irish woman to have ever done so. What made the achievement even more remarkable was that Rice only played lawn tennis for two seasons, taking in no more than a handful of tournaments; Wimbledon, of course, being the pinnacle.

Rice retired from tennis soon after this success for unknown reasons and lived at Marlhill House until she died at the age of 41 in 1907.

In 1938, the house passed into the ownership of Tipperary hurling legend Tommy Leahy; at this stage in the autumn of his hugely successful career. The youngest of five brothers, Leahy won the Junior All-Ireland with Tipperary in 1926 and just four years later had a Senior All Ireland Medal, becoming the fourth member of his family to do so.

The history of Marlhill House moved towards Thoroughbreds in the 1980s when David O’Brien, son of Vincent, took up ownership from 1984 and lived there with his young family. An extremely successful trainer in his own right, O’Brien sent out Secreto to win the Epsom Derby in 1984, and at the age of 27 became the youngest trainer to pick up the coveted prize. He beat none other than his own father to the post that day, who had El Gran Senor – the hottest favourite going into the race for 30 years.

O’Brien continued to enjoy much success as a trainer until he decided to move to France in 1989 to become a winemaker.

Sporting history continues to be written at Marlhill House where, as a stud farm, its athletes are now primarily in equine form. There have been numerous successful graduates born and raised at the New Inn-based farm since Eddie and Eimear Irwin purchased it in 1997. To see an extensive list, have a look at the Past Successes tab on this website.